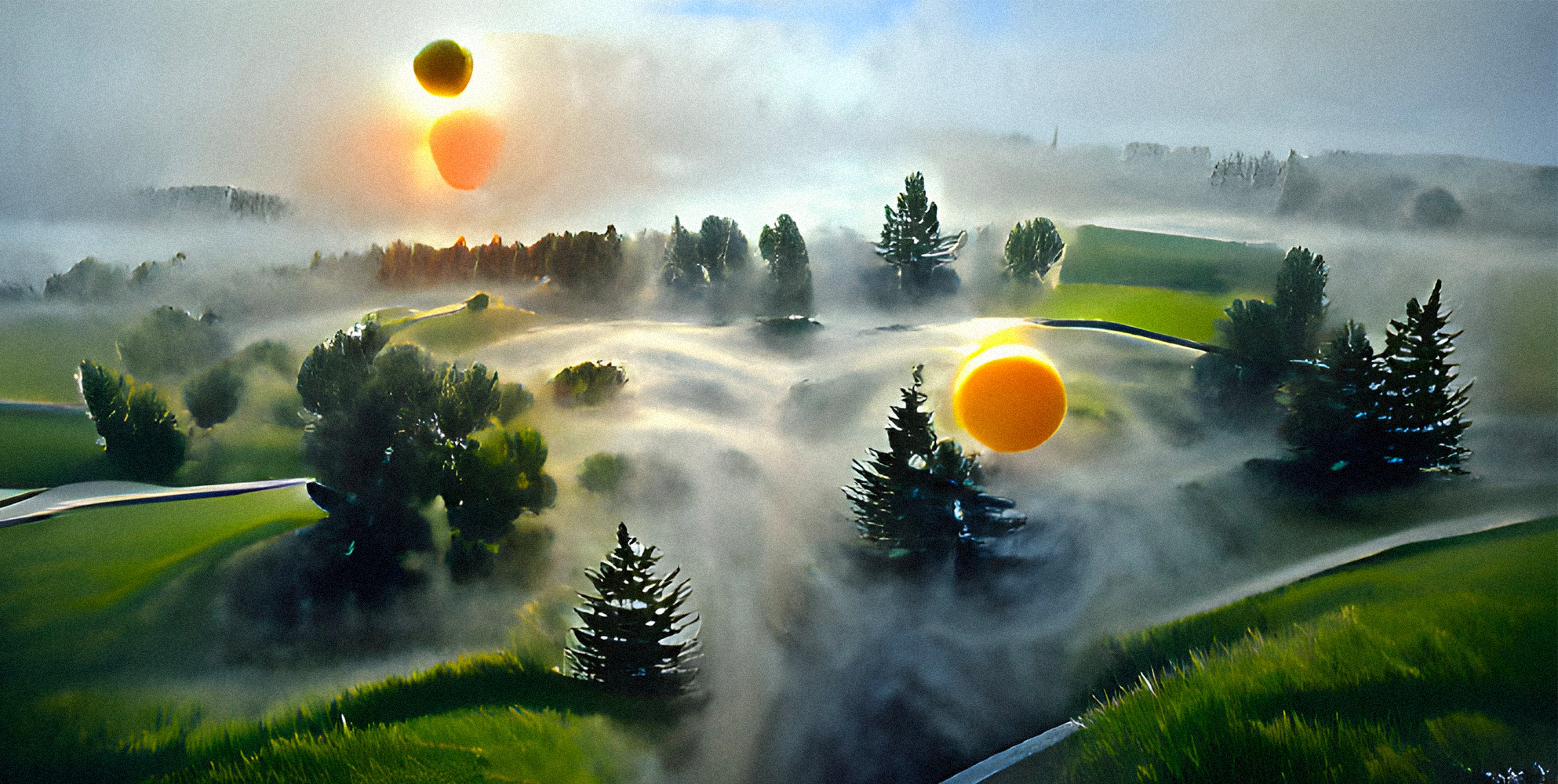 In the near future, most creators will rely upon Artificial Intelligence as a fundamental part of their work. This may feel inevitable or unimaginable, to you now depending on your experience with AI and your perspective on emerging technologies.

To a person in the 1970s or 80s today’s computers, our access to the collective ideas and knowledge of the internet, our world’s reliance on these technologies, and how their adoption has shaped all of our lives and human culture, would have been hard to fully grasp. AI is an emerging technology of this same magnitude, and it is more accessible today than ever before.

Seems Unreal is a creative collaboration between Artificial Intelligence and a person named Mark Forscher who lives in Brooklyn, NY. More specifically, it’s an attempt to discover what the imagination of an AI and its human counterpart have in common.

What does the liminal space, where we share our dreams with machines, look like? While the answer will vary from person to person, from AI to AI, any exploration of this space will be surreal: equal parts familiar, imaginative, and strange.

A collection of 1000 artworks depicting the liminal space between an AI and its human collaborator will be offered to the public as NFTs on the Ethereum blockchain in 2022.

The artworks depict spaces and characters that seem unreal, renders from the realm of imagination based on real images and text prompts from the human collaborator. Some images are serene emotive landscapes, while others border on the grotesque. Captions for each piece were also generated by an AI to accompany the artwork. 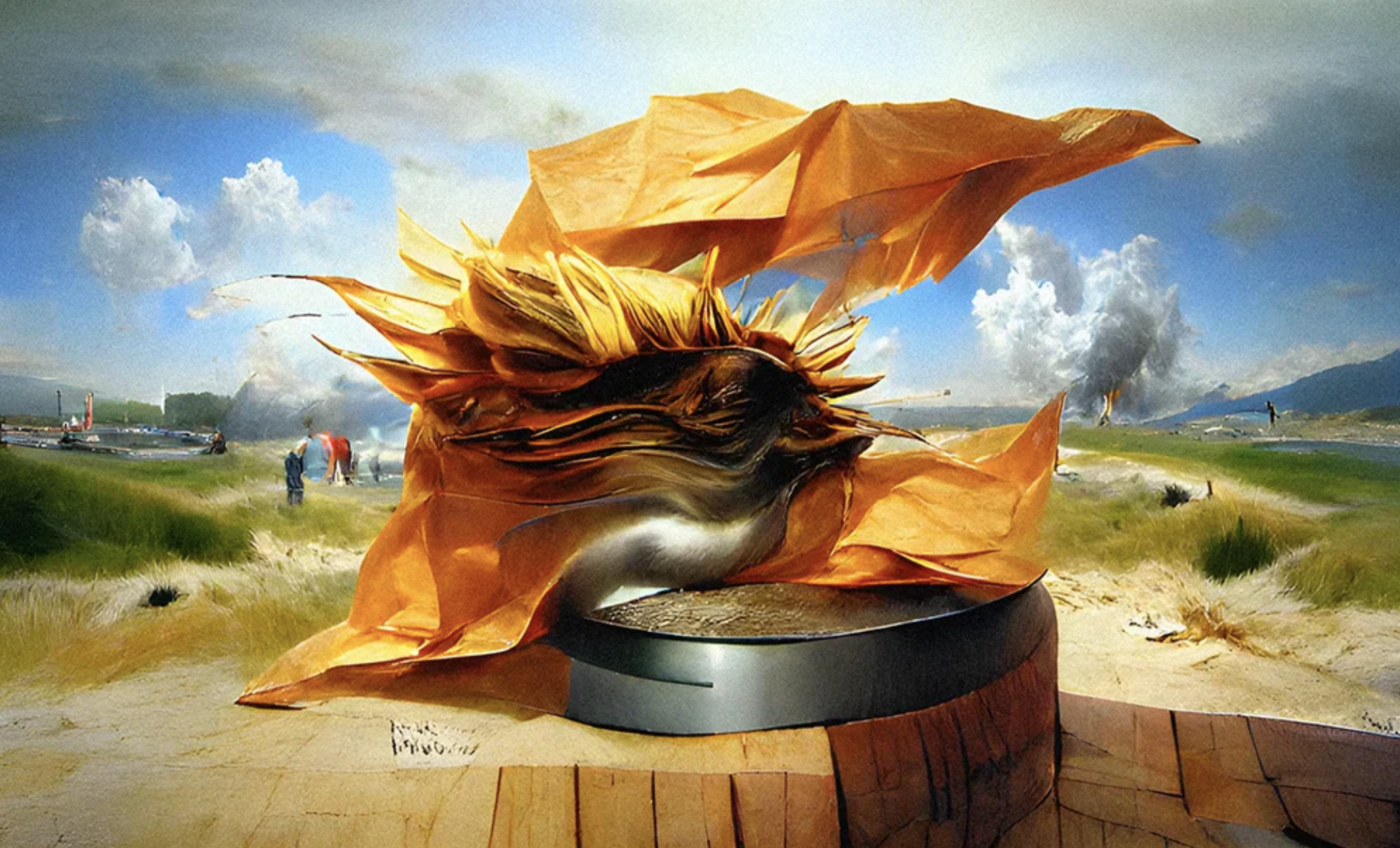 “Wind and fire are friends of mine / Show me your way and I'll show you mine / Together we can light up the sky.” 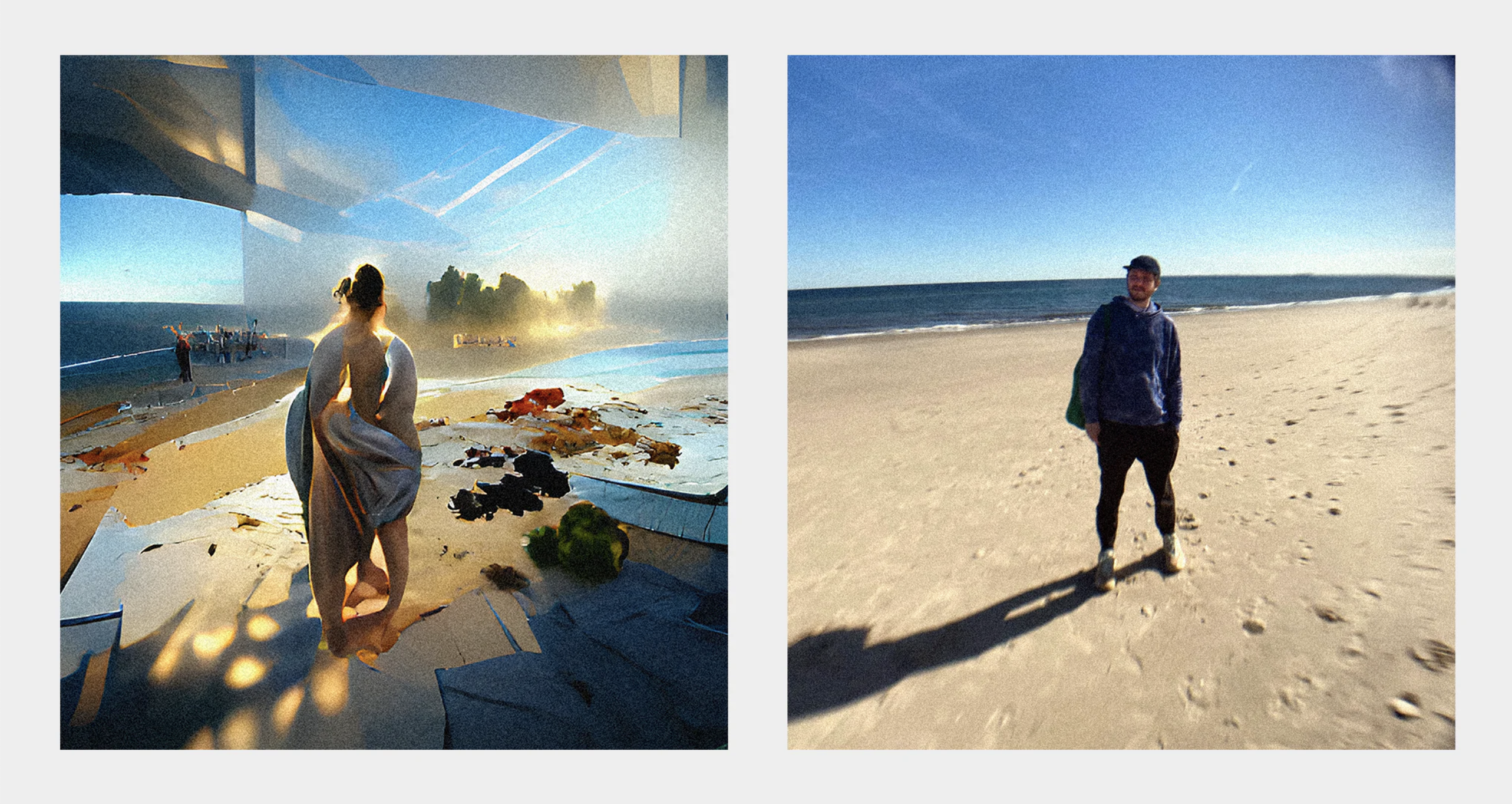 AI is a co-creator of Seems Unreal. The process of the artwork's creation included a dialogue between human and AI:


Why is there no Discord?

There is no official Discord for this project. It’s very difficult to cultivate a positive and safe Discord community without building a space that is also filled with predatory bots and scammers. Rather than launch a community channel that can't be effectively managed or sustained, a conscious decision was made to not have a Seems Unreal Discord at all.


How do I get updates? 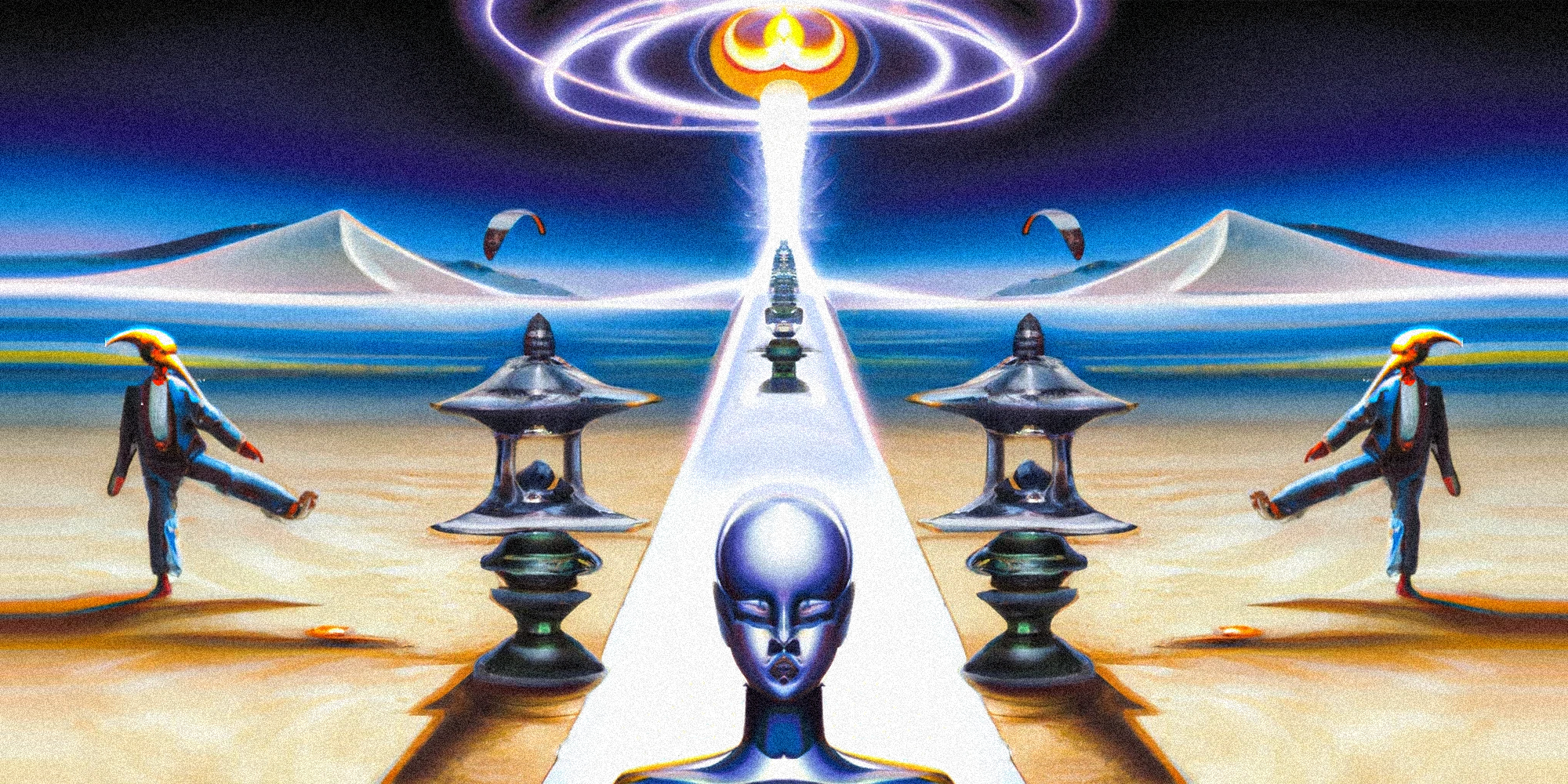 A Guided Meditation with AI

Can AI help us achieve a deeper sense of focus, calm, and self-understanding? I imagined an AI guru leading a reflective meditation, and I used several different AI-enabled technologies to bring the idea to life. Read more 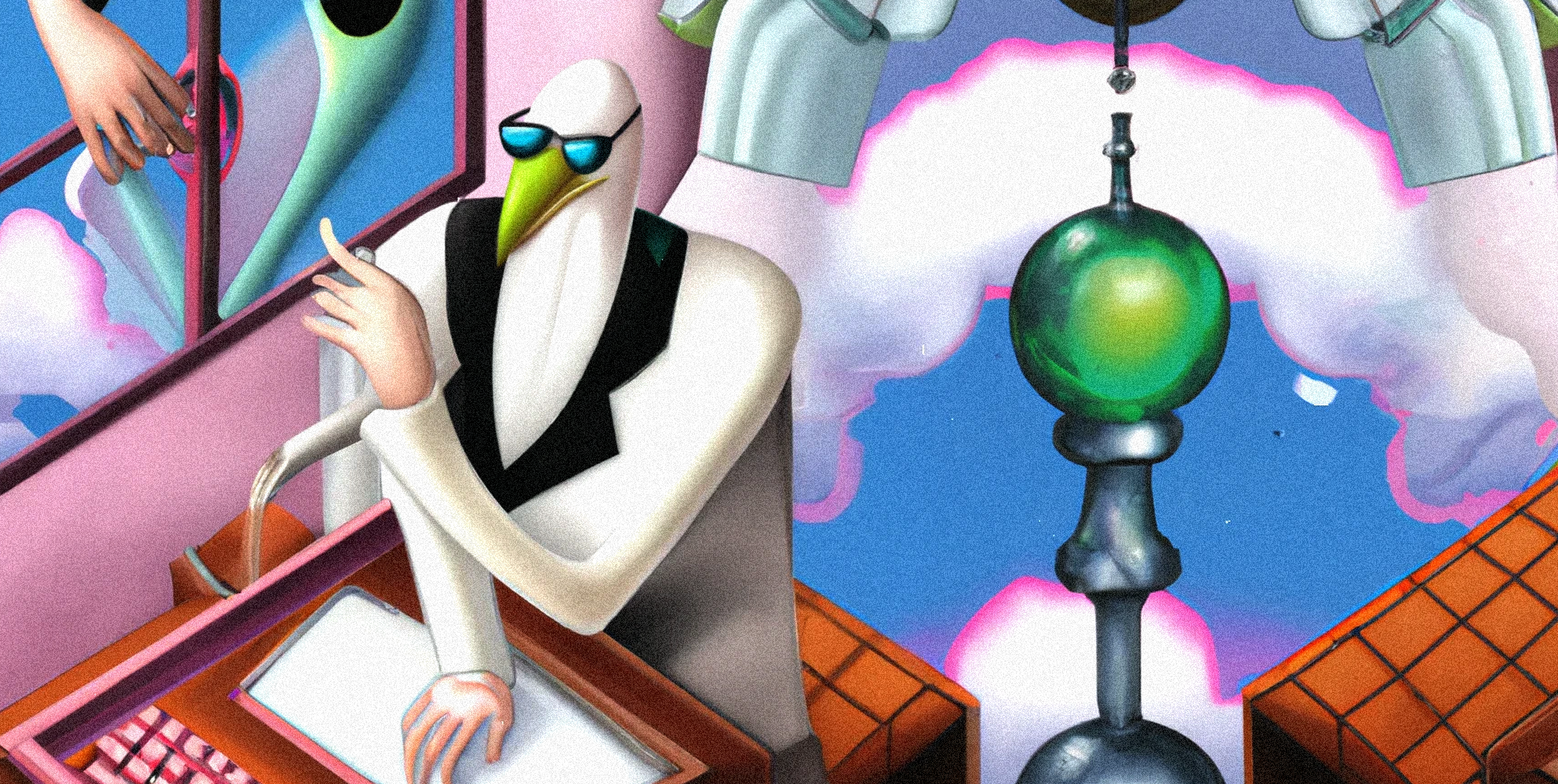 The extent to which creators are using AI today is honestly amazing. Here are a few of my predictions about AI in 2023. Read more